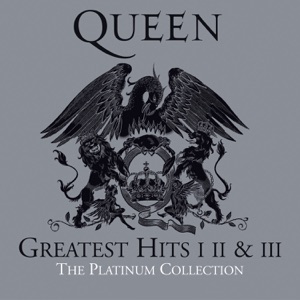 You Are The Champions Queen & Adam Lambert

We Are The Champions Queen

Tie Your Mother Down Queen

Put Out the Fire Queen

I'm In Love With My Car Queen

Is This the World We Created (Live at Live Aid, Wembley Stadium, 13th July 1985) Queen

We Are the Champions (Live at Live Aid, Wembley Stadium, 13th July 1985) Queen

God Save the Queen Queen

We Are the Champions Queen

We Will Rock You Queen

Another One Bites the Dust Queen

Tie Your Mother Down Queen

Love of My Life Queen

Get Down Make Love Queen